Sikkim Diaries – On the Way to Pelling 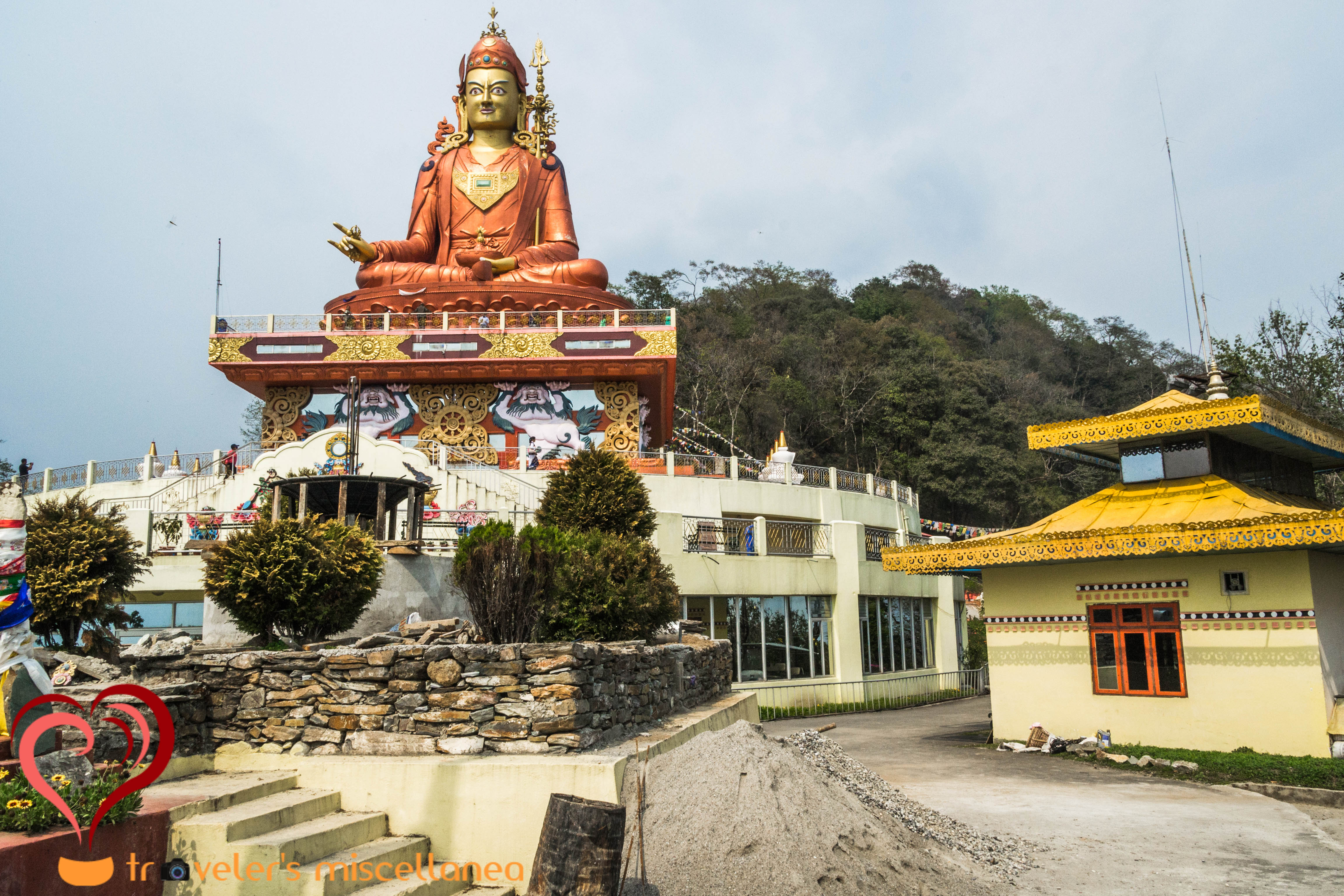 Our rendezvous with the beautiful city of Gangtok was getting over as we packed our bags for the last phase of an exhilarating expedition across Sikkim.We were heading to Pelling in West Sikkim, home to the Rabdantse ruins, the second capital of Sikkim. On the way a detour to South Sikkim was planned which meant a commute of more than 150 km through the day. It was going to be a long day so we left our hotel as early as we could have, that was around 9.00 am.

Our drive till Singtam was on the same highway we had taken the first day while coming from Bagdogra. At Singtam we had left the highway going towards Rangpo for the road which would take us into the South Sikkim district. For this phase of our journey we were back in the diminutive Wagon R which was being thoroughly tested by the bumpy under construction road and we felt every bit of it. A hairpin turn brought us to another bridge over the omnipresent Tiesta. Across the bridge was a cafe where quite a few cars had stopped, we did the same. The place was crowded and it took us sometime to get our tea. While sipping in the tea we had sat in the garden outside, under the pagodas, listening to the sounds of the gushing waters of Tiesta flowing just below us.

We had quickly bid adieu to the neat little spot and moved on. In a few kilometers a signage informed that we were entering the district of South Sikkim. Typically meandering mountainous road and a rugged terrain tested our endurance while a scenic landscape, with lush green mountains all around, consumed us with its raw beauty. By now we had realised that Sikkim, by default or design, still has nature’s bounty in abundance and largely unblemished. A faraway land still clutching to its ethos strongly. While we admired the greenery all around, we came to a cross-road from where a left turn went to Temi Tea Gardens, our first stop in South Sikkim.

Temi Tea garden is the only tea estate in the state of Sikkim. This huge estate has also adopted the organic methods according to the guidelines of the Institute of Marketecology (IMO) of Switzerland. The Temi Tea estate was established in 1969 covering an area of 177 hectares (440 acres) on the slopes of Tendong hill range. We decided to walk down the slope of the hill at the point our car had stopped. It was a wonderful view with the sprawling green slopes of the tea estate and huge mountains on the horizon. There was no picking of leaves happening at the time. Some tea pickers gently roamed around while others sat in group, perhaps taking a breather, however they were all camera-shy. We tried looking for someone who could explain us the entire process of picking the leaves and what happens thereafter but sadly could find no one.There was a lesson here that if we need information we should arrange for tour guides in advance, especially here in Sikkim. So, having failed in our pursuit to find that little nugget of information we slowly walked up back to the car, the climb up made us realise that we had come quite a distance down on the slope, we were gasping for a breath the time we reached our car. On the way we had passed up the opportunity of a photo-op in the regional attire. As we drove up the hill we realised how big the tea estate was, it was only after a few kilometers that we were well and truly out of it.

Our next stop in this detour through South Sikkim was to Samdruptse Hill or the “Wish Fulfilling Hill” just 5 km before Namchi. This hill is ornamented with a giant statue of the Guru Padmasambhava (Guru Rinpoche), the patron saint of Sikkim. It is a 45 m tall statue, overlooking the whole city, and is gilded with gold that glitters when the sunlight falls over it. On clear day you can also have a breathtaking view of the Kanchenzunga( as we had seen in the images ) but we were not that lucky. However despite the fact that the mighty Kanchenzunga was not visible this premise was worth a visit because of the magnanimity of the statue which adorned the hill.

The huge statue of Lord Shiva sitting atop a hill was faintly visible as we drove towards Namchi, our last stop before we finally headed to Pelling. The gigantic version of Shiva is the prime attraction of a fairly new pilgrimage developed here called Char Dham. From Sampdruptse we had first gone downhill to the town of Namchi and then drove up a steep climb again before we found ourselves in a thriving parking lot. The premises was magnanimous and beautiful, under the shadow of a larger than life figure of Lord Shiva.Why it is called Char Dham is because there are exact replicas of the four much adored pilgrimages – Puri, Badrinath, Dwarka and Rameswaram. Besides these the 12  jyotirlingas are also represented. Although Char Dham is a fairly new addition to a wide variety of attractions which Sikkim has but its seems to have become quite popular on the tourist circuit.

If we were to stay overnight in Namchi then we would definitely have milled around among the tourists, admiring this aesthetic campus perhaps even catching a movie in a small theatre which was there but our base for the day was Pelling, almost 80 km away and sky was turning a little grayer. Anticipating rains, as it had happened in two of the previous days, we rushed. Finally the detour to South Sikkim was done and we were on our way to Pelling.

The drive to Pelling would have taken us 3 hours but for a roadblock which we came across around the midway. The main highway had been conveniently closed in mid of the day for, what our driver told us, some construction happening down the road. We were lucky that he knew his way around and took us through an alternate route which was now sparingly used. We felt jittery about leaving the main highway but it was better than waiting with no idea when the traffic would be opened again. Such detours throw a part of the world which you would have normally not seen but are often more pleasing than the normal route and so was the case here.It was an old road which no one really now used with beautiful view of the mountain ranges all around, although it did increase our travel time almost by an hour. This road finally ended up running parallel to the river Rangeet and we took the first bridge we came across to cross the river. This river ran parallel to us till the time we reached Legship, the gateway to West Sikkim. At the main circle of the town we saw the road coming from Ravangla, the normal way from where we would have come. The sun had set by the time we started our climb to Pelling There was another hour to go in our journey as another day came to an end in these pristine surrroundings. Small villages on hills across the valley were now merely clusters of light glowing in dark. How the night takes over in mountains and everything becomes so silent, so still can be eerie for a city dweller. Partly beacause of that and due to the fatigue of a long day we were now itching to get to our base for the day – Tashigang Resort . The fact that this resort is not in Pelling but near Pelling had misled us. As you reach Geyzing you need to get off the highway and go through the town to drive further to Yangte where the resort was. We had kept driving on from Geyzing and ultimately had to take a U Turn and come back.

So finally after a long but worthy detour to South Sikkim, a roadblock and a confusion we reached our resort around eight and settled in.The bell boy showed us the balcony from where Kanchenjunga would be visible in the morning. We switched on the TV and retired for the day !