From the alleys of Vrindavan – II 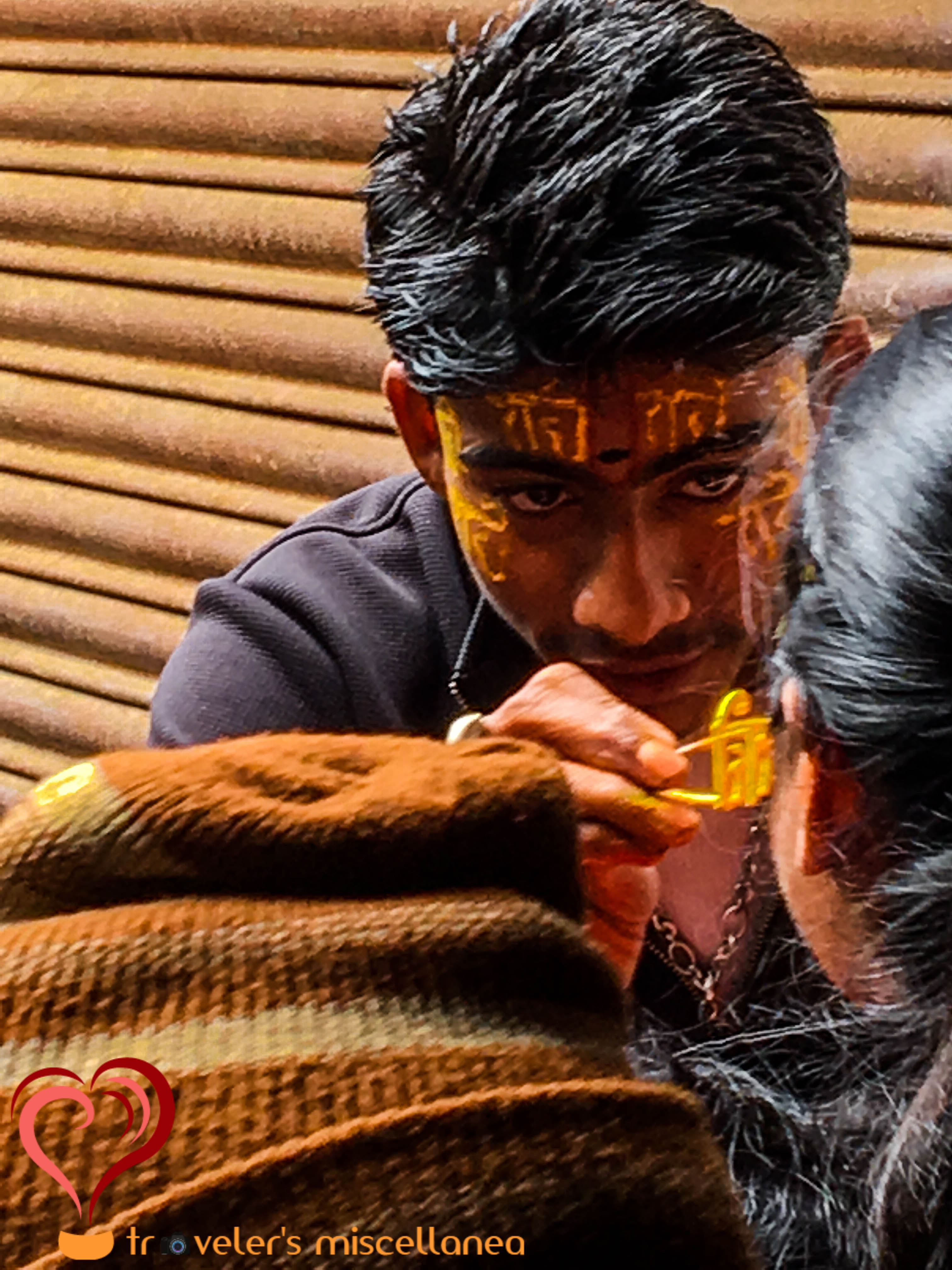 So finally I have sat down to complete this draft which was supposed to be an account of our second day in Vrindavan. We are about to go full circle around the sun again since we made this trip in January of 2017. The vivid pictures of the narrow lanes of this town immersed in its love for Lord Krishna are still alive and so is its favorite greeting  “Radhe Radhe”.

We had begun relatively early on our second day and the town was still getting out of its slumber. A few shops had already raised their shutter and had started preparing for another day of service to thousands of devotees who would soon be bursting through these narrow lanes. We had another temple run planned for the day, an obvious  itinerary at a place which boasts of a few hundred of them.

Our first stop was the Radha Vallabh temple, a few minutes walk from Jaipuria Bhawan.  It is also one of the 7 main temples here but for some reason it was not as crowded as Banke Bihari Ji’s temple and we found it far more comfortable to enter and move around. The temple is one of main landmark of the Radha Vallabh sect which began with Hith Harivansh Mahaprabhu. Its architecture is indicative of the years for which this old temple has been standing now. The inner sanctum of the temple was silent and calm. There were a few who were going through their prayers while others just sat their with humility in front of their almighty savour. Interestingly  there was no idol of Radha next to Lord Krishna, only a crown signified her presence in spirit. Lord Krishna’s idol was also getting covered by a curtain every minute, to prevent  one’s continuous gaze at the lord for long.

We had then taken an e-rickshaw to the Radha Raman temple which was on the outskirts of the town. This is another of the 7 main temples of Thakur Ji of Vrindavan. The temple is exquisitely crafted and one of the most revered temples in Vrindavan, especially by the followers of Gaudiya Vaishnavism. It houses the original shaligram deity of Krishna alongside Radharani. We also caught a glimpse of the River Yamuna on the way which is itself held in high regards because of the role it has in the legends of Lord Krishna. We were pretty close to the afternoon hours when the temples of Vrindavan close down for a few hours. Although we did manage to reach there in time but we had to wait because the priests had covered the deities while they prepared for the aarti.

Once we came out after the Darshan  at the Radha Raman temple it was almost time to wrap up our things in Vrindavan and get back to Delhi. Vrindavan probably is as close as it gets to being in heaven for a devout but even for mere observers like us who were trying to fathom the myriad of stories this is one beautiful place to visit and experience.

2 thoughts on “From the alleys of Vrindavan – II”