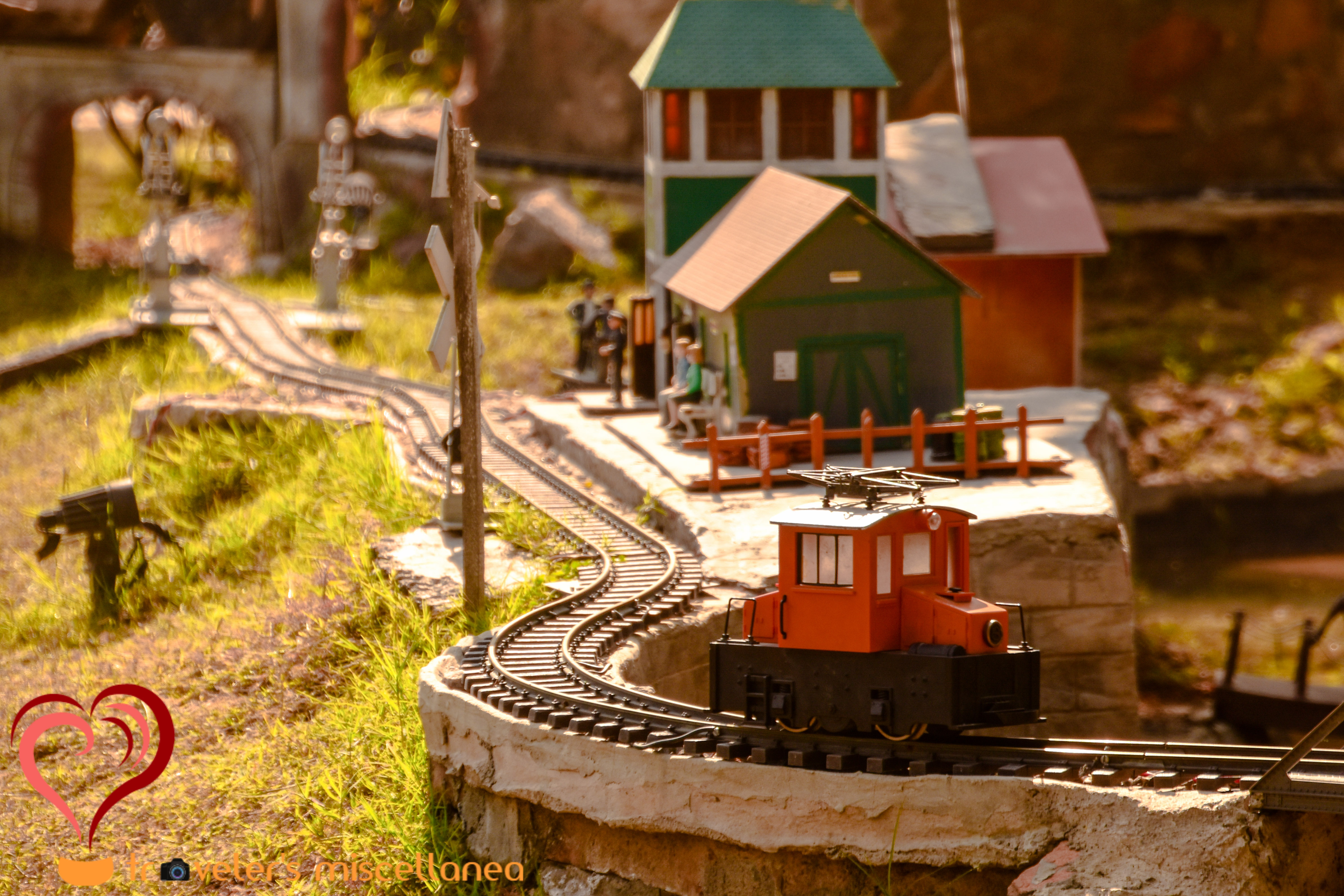 One of the resolutions of the year 2018 is to be a little less lazy and be a more regular here. There were many more things I could have shared in 2017 but didn’t. There was the road trip to Jaipur during which we finally visited the Nahargarh Fort and enjoyed a beautiful sun set at Padao, a restaurant run by Rajasthan Tourism, with a lovely panoramic view of the entire city.

Then there was the magnificence of temples of Siem Reap in Cambodia, especially the Angkor Wat, which I am yet to write about, even pictures would be enough such was the majesty of these temples. So with the resolve and hope that this year will be more productive I begin the year 2018.

Some of our folks came visiting earlier in January and we took the opportunity to make another attempt at visiting the “NeverEnuf Railways Gardens“. A few kilometers further from Manesar this place had eluded us last year when we had went looking for it. The search was a total fiasco as Google Maps drove us in circles for more than an hour. Finally when we reached the destination “as per Google” there was nothing like a railway garden there. So after a frustrating drive we returned, the sight of the beautiful mustard fields was the only gratification we had while we followed a clueless navigator.

One year hence we were better prepared. My wife, in the meantime, had noticed that others were still visiting this elusive garden so it had to be there somewhere even though the google maps had failed. So she figured out the process and here it goes. Instead of just planning to drop by you must contact the couple (Adesh and Amita Grover) who own the place and inform them a day prior to your visit. They would confirm if you can go ahead with the plan. They charge Rs 500 per head which can be paid online. Once we had made our payment we received a mail with directions, specifically mentioning not to use Google Map, an advise we absolutely agree with. The directions were simple, we were supposed to take the Panchgoan – Tauru Road which peels off  the Jaipur highway at the same exit which we take for Palwal Express Way, just be careful not to take the expressway. Once we were on the right road we had a clear landmark to help us, Best Western Resort. The map given to us indicated that these gardens were just a few kilometers before the resort, a little off the road. We looked for signages for Neverenuf on the way and finally spotted a small board asking us to a take a right, on to a narrow road. Only a few meters ahead painted on a wall was one more direction to take another right onto a kuccha road which meandered through the farms and lead us to a place where a guy stood holding a placard. This time we had found the garden of miniature trains.

It was a bright and sunny day, perfect for the visit to this beautiful garden. At the gate we were greeted by our hosts.  Adesh explained the lay out of the garden which he had so carefully nurtured over the last seven years.

This was an epitome of what you can achieve if you really put your heart into your hobbies. What probably would have started as one miniature model has now become a popular spot which people like to visit for fun filled day with their family.

Over the years this garden was something the Grovers’s engaged in during the weekend while they ran their ad agency. Now they are going full-time with NeverEnuf choosing this as their walk into the sunset.

The garden itself was like a child’s fantasy coming true. There were scale models of trains from different times with stations which themselves were modelled on real buildings.

These trains could be operated with switches provided near the periphery. You could watch these trains cross  different types of bridges which had been modelled, go through the tunnels as they navigated a hilly landscape.

It was not only about the trains because there were other mechanized toys like remote-controlled boats, cars and even a model of fire brigade which was on a mission. Some of the models were built from scratch while there were some which were developed from modelling kits.

Once you are through with the world of miniature trains then you could choose to idle in the lawn or play games like badminton, carrom, table tennis or test your batting skill in the net which they have. To fuel yourself for the day you can either carry your own picnic basket or, like we did, buy snacks and beverages which are served there. Tea and coffee were complementary.  We had found a perfect place for a day out in the sun in the winters of Gurgaon.

Even after NeverEnuf our weekend excursion had continued. Sunday morning was spent in Hauz Khas Village, one of my favorites for a winter morning . We had lunch at Social which had a beautiful setting , its huge windows gave you the view of Hauz- E- Illai (the lake ) as we enjoyed our food.

We also went to Champa Gali, a new upcoming hotspot as we now know, to check out the Blue Tokai Cafe. The coffee was delightful but unfortunately we missed the process of grinding and roasting of coffee beans because they were in the process of shifting their production facility.  But we released that this place was not only about Blue Tokai because hidden in this modest lane, which at first makes you wonder if you are at the right place, are some pretty cute cafe which have compelled us to return for another foray.