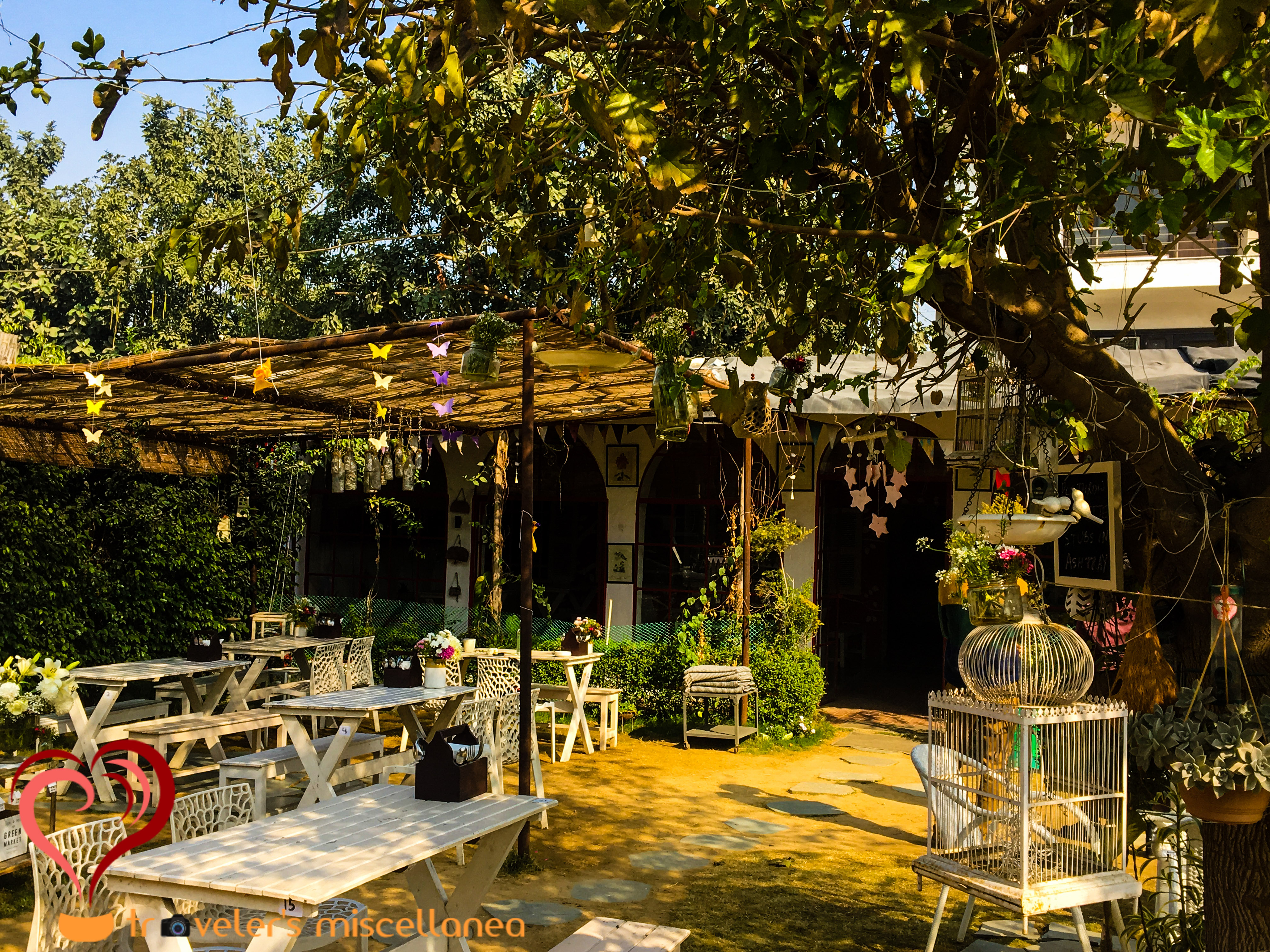 The per kilometer density of pubs and breweries in Gurgaon (Gurugram) must be the highest in the country. When you add the swanky and state of the art wine shops we have at every corner, also acting as a landmark for someone who is coming to your home, we have the drinking capital of the country. Perhaps this is why it is so hard to find a breakfast place in this city, which opens up early when you are supposed to have one, not many customers at that time of the day perhaps. Therefore, we are always alerted when we come across these elusive breakfast joints and till now have found only a few. There is Di Ghent in Cross Point Mall, Biker’s Cafe on Golf Course is supposedly open for breakfast and now we have the 24×7 outlets of Chaayos. So when my wife showed me some nice looking photos of a place called Cafe Soul Garden in Supermart -II which is open for breakfast, we just had to be there.

We had gone their the first Sunday of this month. The weather was kind to us and a warm sunny morning made it a really good day to be sitting outdoors. The cafe although open was gradually getting out of its slumber but we did not mind beacuse this was a pretty little garden carved out in a city where such places are a rarity.

It was decorated with small garden accessories all over. The overall theme of white gave it a Mediterranean look. Even though there was no Mediterranean Sea to look at we felt relaxed and settled on a table which let us have ample sunlight. A simple breakfast menu offered you both continental (mostly having egg/non-veg) and Indian (read Parathas). Our breakfast order had omlette, paneer parathas, pancakes and coffee of our choice.  While we waited we enjoyed a good conversation with the warmth of the sun making us comfortable.

Our breakfast was pretty fulfilling but when you see a wood fired oven you tend to inquire about the Pizza which can be baked in it. “It would take some time to get it going” ,we were told ,we were in no rush so we went ahead despite the caution and asked for one serving whenever they were ready. They also got a push from the owner who was also there at the time and had noticed us inquiring about the oven. So we got our Pizza quicker than we were promised.

While we did all this we had spent a good few hours here in this garden which I think is aptly named, soothing our souls and we could have gone on but for the other commitments which come along with the weekend.

Cafe Soul Garden has been a good find. We would be back there and wish them all the best !