Thalakaveri – The Origin of River Kaveri 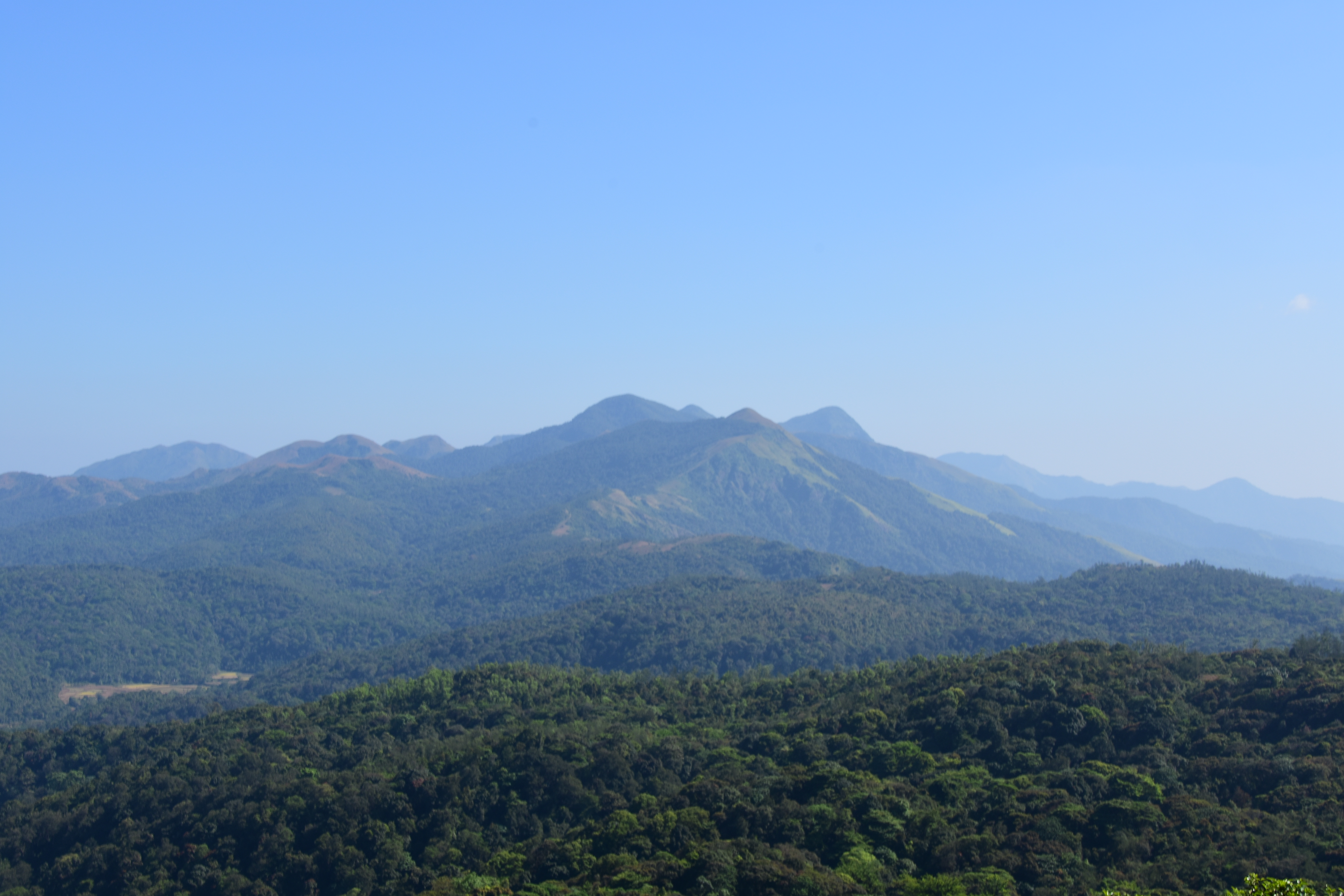 Even though we were enamored by the exotic ambiance of Evolveback we had decided to venture out and do a little exploration on one full day we had there. There is quite a lot which can be done in and around Coorg with some highly recommended treks on the hills of Nilgiri. Madhikeri being the erstwhile capital is a town with relics of the old kingdom plus there are the forest reserves if you are willing to do a little more miles in a day. With the constraint of time we had and the fact that treks were out of question because of our little daughter our outing was to be a road trip to Thalakaveri the origin of river Kaveri. It is like Gangotri of South marked by a temple where people come to pay homage to the sacred river which also is a lifeline of the region.

The drive to Thalakaveri from our resort was almost a hundred kilometers one way and took us more than two hours. In terms of natural beauty there won’t be many regions which can parallel Coorg and that was on display all along. For almost the entire stretch there were lush green coffee estates on both the sides of the road which meandered through and when these estates were left behind the Nilgiris arose on the horizon, its dense green vegetation shining  in the winter sun. Thalakaveri is on one of these hills and we had started our ascent soon. After a climb of few minutes we were there. As expected there were hoards of tourists mostly devotees from nearby places who had come in significant numbers. Perched on a hill-top the temple also had a great panoramic view of the Nilgiris. We spent a little time in the premises which had a courtyard surrounded by verandahs on all the sides. There is a small pool of river Kaveri’s water which you walk past as you climb a short flight of stairs to the courtyard. You can walk up to the source of water but that was quite a climb so we skipped that.

On the way back we stopped for our lunch at a local restaurant where we got a good hearty meal. There was a shop next door which retailed the region’s spices, dry fruits, chocolates and wine. So when we got back aboard our car we were loaded with a lot of  stuff.

So our little tour was over and it was time to get back to the luxurious confines of  Evolveback.