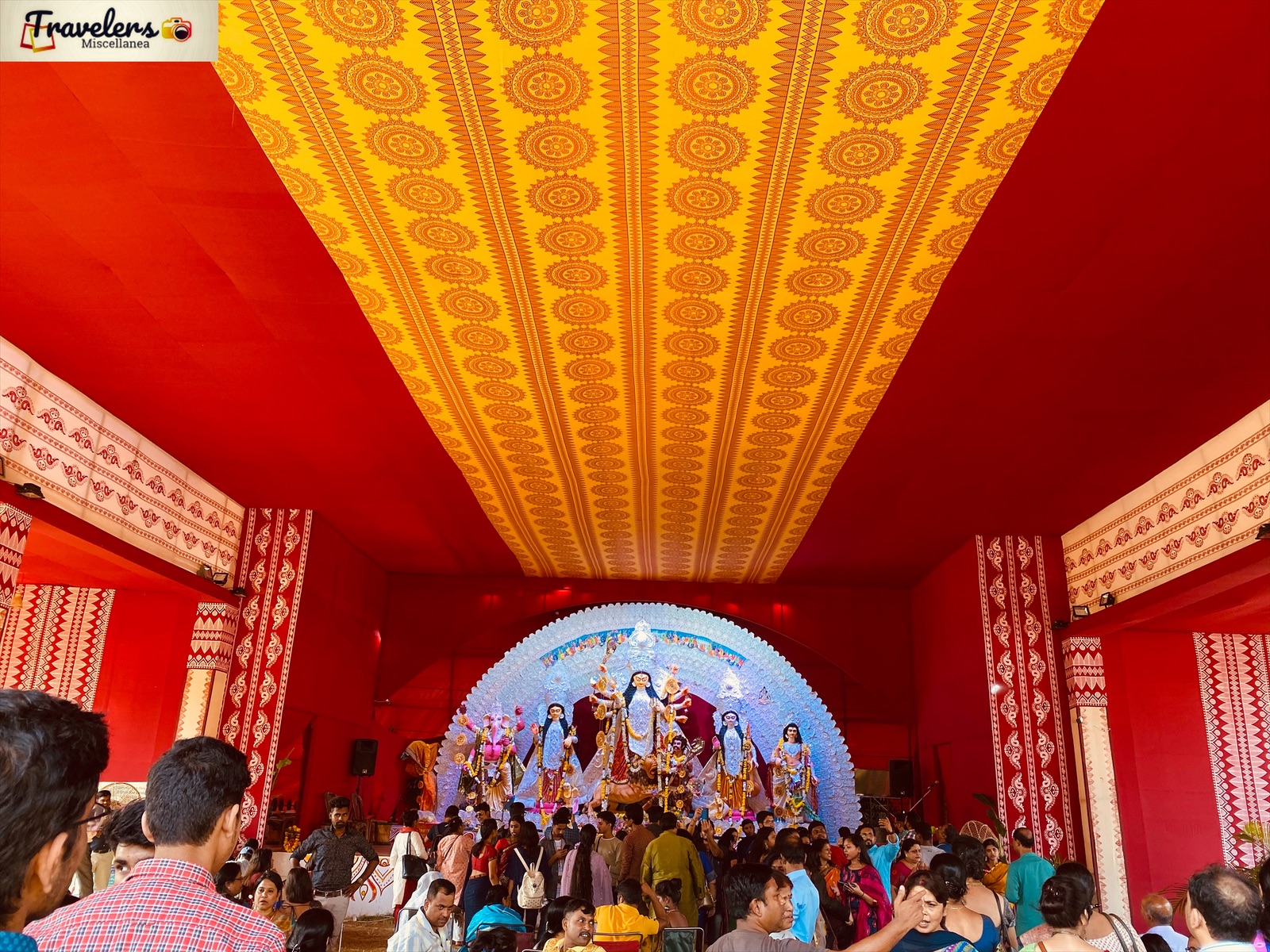 If you had planned for a leave this Monday then this is a fairly long weekend for most in NCR and probably time to hit the road. We were also supposed to be out in the hills but somehow that plan got a little messed up so our fairly long weekend had a calendar which had to be filled up all over again. Yesterday in a moment of spontaneity we ended up being  en-route to experience the festivities of “Durga Pooja” in CR Park. We had been there a few years ago and had loved the atmosphere which existed. However as we reached within a five kilometer radius Google made us realise that we we were not the only ones going there with its long red streak all the way to CR Park. However we slowly but surely did reach and my prayers were answered as we got a fairly decent spot to park our car. In Delhi, especially at this time in CR Park it is like hitting a jackpot. So having tick marked the most critical task of the entire exercise we merged with the milieu of an immaculately dressed crowd busy hopping from one  “pandal” to another. This was an oasis where the spirit of Pooja had truly come alive again and was fueling the air with its pious energy.  Streets were full of hawkers selling a variety of glittery things and of course there were those who sold enticing food like “Ram Laddoo”. Our pandal hopping was limited to only two of the many you will find here but it was good enough to soak in the festive mood along with some delicious delicacies. In our relatively short vigil we were able to pack in Sheermal , RadhaBallabhi with Dam Aloo , one round of Gol Gappas, candy floss for the kids, Ram Laddoos and some Meetha Paan to round everything of. So the hills did not happen but we did enjoy the onset of another week of Durga Puja in CR Park. Here are some images which give you a glimpse .