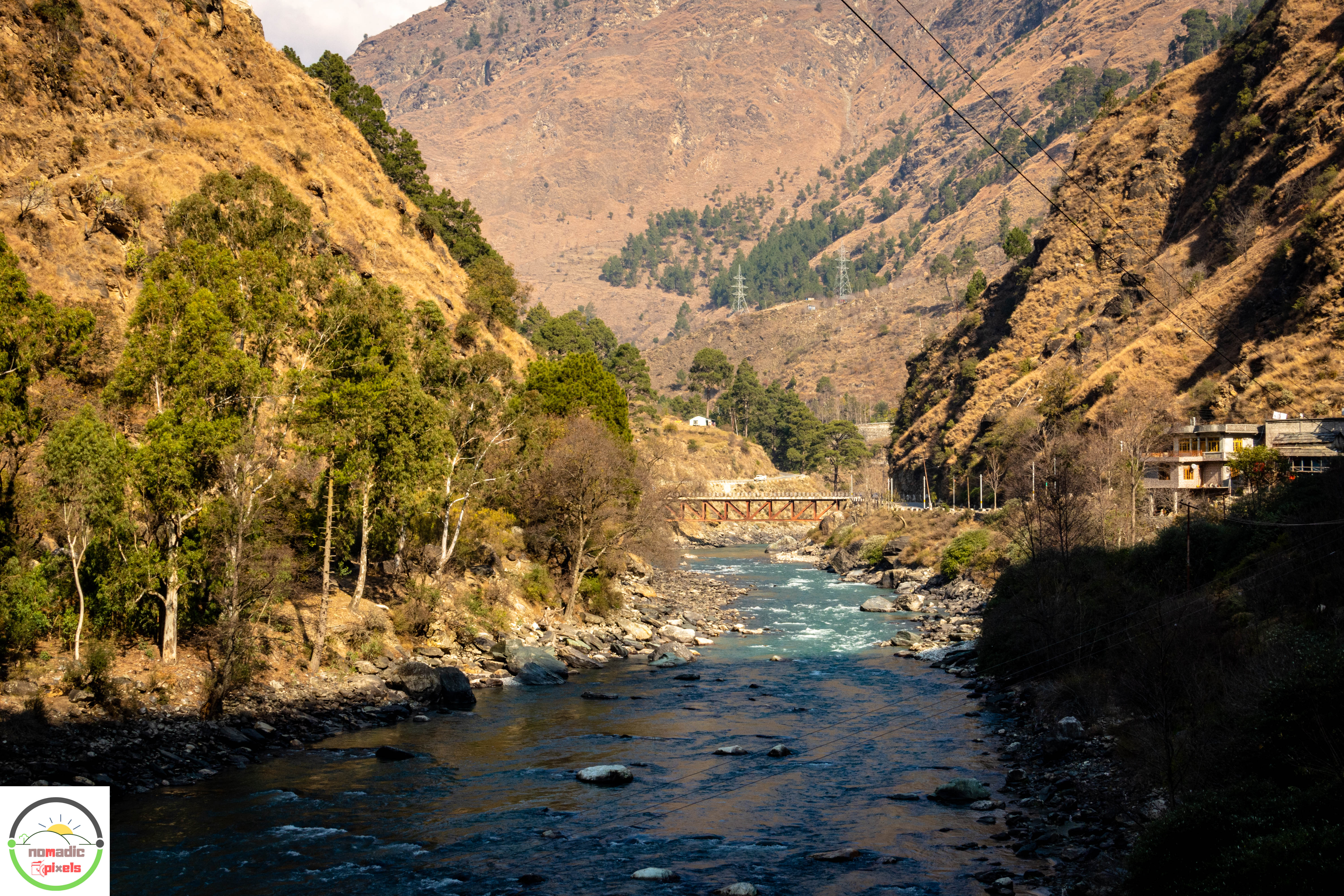 The hectic schedule has again taken its toll and this account of the second leg of our holiday almost a year back has been long pending. What makes it easy is the surreal experience of driving down to Kasol from Manali. The imprints of the beautiful landscape are still there. We had left as planned from Manali , bidding adieu to the beautiful La Ri Sa and the lovely setting of the breakfast in the laps of the snow clad mountains. An experience which stills lives fresh in our minds.

We took the same Kullu – Naggar – Manali road and reached Bhuntar in about an hour. The day we were driving up we did not notice that it was where Rivers Parvati and Beas met. We crossed bridge over Parvati and took a left to head into the Parvati Valley. This road was less crowded and the landscape had a little bit of rawness about itself. The incessant construction which we had found on the way to Manali had not yet travelled to this part of the world. We kept moving on the meandering road with the river flowing along the way. There were stretches when we were going almost next to the river only to go up again after a few turns.. What differentiated this part of the world was the a sense of being aloof and untouched from the commercial tourism which had the town of Manali of overwhelmed. It was greener, calmer and much more stunning. We took the opportunity of capturing the scenes on the way and after about an hour or so of driving along the River Parvati we reached the Himalayan Cottage. Our accomodation for next two nights in Kasol.